History Behind the Holiday: Day of the Dead 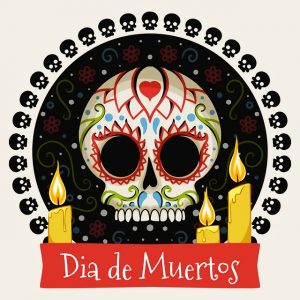 Dia de los Muertos—or Day of the Dead—is an often misunderstood holiday in the United States. Many believe this Mexican celebration is related to Halloween. While there are similarities, the two holidays originate from different sources.

Our History of Halloween article, explains how Samhain—an ancient Celtic festival—evolved over thousands of years into the costumes and trick-or-treating we participate in today. Dia de los Muetos , likewise, has origins dating back three millennium, to the ancient Aztecs.

Dia de los Muetos is a Mexican holiday that honors the lives of the dead. According to Aztec lore, the gates of heaven open at midnight on October 31, and families welcome back the souls of their deceased loved ones over the next two days. On November 1, the children who have died come to rejoin their families for 24 hours; November 2 is the day for the adult deceased to come forward and celebrate. 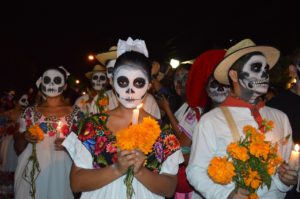 Today, the holiday is traditionally celebrated with music, dancing, and food. Families who celebrate create ofrendas, or altars, to honor the dead with clothing and food. They set out photos of the dead with candles and bright marigolds to help guide the souls home. Additionally, It is common for families in Mexico to clean and lavishly decorate loved ones’ burial sites. Throughout the days, bands perform and people dance to please the visiting souls.

Calaveras (skulls) and La Calaveras Catrina (Elegant Skull) have become important icons. Lavishly decorated clay skulls are displayed on ofrendas, and their sugar twins are enjoyed as treats. La Catrina is depicted as a skeleton woman adorned with makeup and fancy clothes. Originally, this icon was developed as a political cartoon by Jose Guadalupe Posada in the early 20th century. He intended the drawing to satirize the Mexican woman who aspired to dress like the Europeans rather than embrace their own heritage and traditions. Eventually, the elegant skull reminded Mexican women to be who they truly were, and that no matter your social class, you would still end up a skeleton. 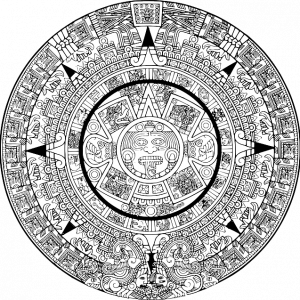 The Day of the Dead celebrations has roots in ancient Nahua and Aztec rituals.  Aztec lore states that upon death, one’s soul travels to the Land of the Dead. But their journey is not easy; only after overcoming nine challenges, over several years, does one’s souls reach the final resting place. Traditionally, the Nahua rituals held in August included offerings of food, water and tools to aid the deceased in their journey.

As with the Celtic festival of the dead, Christianity and European invaders influenced the evolvement of this native rite. By the end of the 16th century, Spanish conquistadors had brought their Roman Catholic holidays and European traditions to what is now central Mexico.

The Church established All Saints’ Day and All Souls’ Day back in the 8th and 9th centuries, observed on the first two days of November. It is very likely that the Church established All Souls’ Day  as a replacement for the Celtic festival of the dead, which took place during the same period. It is no surprise then, that some 700 years later, a takeover of native customs happened once again. This time with the Spanish.

The Medieval Spanish celebrated All Souls’ Day with graves covered with flowers and candles. Family members would bring wine and pan de ánimas to the graves as well. When the Spanish came to Mexico and introduced Catholicism, these customs began to blend with the old. 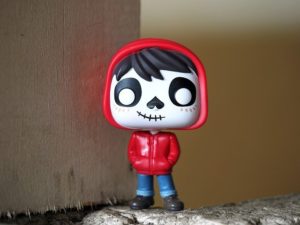 In more recent centuries, Dia de los Muertos has grown in popularity, in both the U.S. and Mexico. Until the 1980s, Day of the Dead was chiefly observed in more rural, indigenous areas of Mexico. As the tradition spread to the cities, it developed visibility in pop culture and the United States. Mexico City held its first Dead of the Dead parade in 2016, following the release of the 2015 James Bond movie Spectre, which featured one itself. In 2017, several major cities in the U.S. followed suit. That same year, Disney and Pixar released the animated blockbuster movie Coco, with much success.

Today, we can see the aspects of the original holidays that have survived and evolved. The offerings of food at the altar from the Aztecs, and the flowers and candles from the Medieval Spanish, have helped to create the modern Day of the Dead holiday. Throughout many millenniums of influence and change, the heart of the holiday remains the same: honor the dead and celebrate life.