Identity Theft Is a Growing Crime 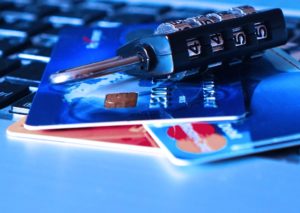 “Is your husband there? His loan is ready,” said the bank officer on the phone. After questioning him, I told him that neither my husband nor I had applied for any loan, especially one from a bank in Turtle Creek since we lived in the North Hills.

I could hear the condescension in his voice when he replied, “Are you sure he didn’t apply for one? Do you know everything your husband does, ma’am?”

He toned down the sarcasm and asked if I could describe what my husband looked like. When I told him that my husband was in his mid-30s, tall, with dark hair and a mustache, he exclaimed, “Well, this applicant looks nothing like that. So, this person must not be your husband. We got a bit suspicious here when the phone number he supplied on the loan application connected to a bowling alley. I did some digging and found this phone number.”

This incident occurred in 1993 before identity theft was a common. From what the loan officer told me, the person posing as my husband had a stub from our electric bill and was going all over the area trying to take out loans. We had no clue this was happening, except for the occasional call from various lending institutions leaving messages saying something like, “If we are interested in applying for a loan, to please contact them.” We chalked them up to annoying solicitation calls. Where the thief had gotten a stub from our bill, we hadn’t any idea—but this was before people began to use shredders or heard of dumpster-diving, ie criminals going through your trash to steal your information.

Fortunately, for us, our thief was not successful in taking out a loan in our name. Nevertheless, what he was successful in doing was creating a big hassle for us. We were instructed to contact our local police. They came and took a report, and they advised us to contact all three credit bureaus to put a flag on our account, cancel all credit cards and get new debit cards. This took hours of phone time, and still for months after, we were quite wary of any solicitation calls or credit card solicitations that came in the mail.

Since our brush with identity theft, the crime has exploded. The National Crime Victimization Survey (NCVS) defines identity theft as:

According to the Bureau of Justice in their most recent statistics, “In 2016, 10% of persons age 16 or older had been victims of identity theft during the prior 12 months. For 85% of identity-theft victims, the most recent incident involved the misuse or attempted misuse of only one type of existing account, such as a credit card or bank account.

While theft of funds is bad enough from identity theft, there are consequences beyond monetary loss. The Identity Theft Resource Center 2017 Data Breach Report showed that:

66% of respondents experienced fear regarding their personal financial security.

Back in 1993 when identity theft happened to my family, no one knew about shredding personal information before putting it out for the trash, credit monitoring or identity theft monitoring companies. Today, we can use some or all of those things to keep our personal information and identities safe, but we can’t always rely on the steps we take alone. Entities that collect our data need to be vigilant too, and often aren’t, no matter how they may try. It seems to be a common occurrence these days to hear on the news reports of data breaches from employers, hospitals, and even our own government or of data bases being hacked.

According to the ITRC’s study, it typically takes most people three months before they realize they have been a victim of identity theft, allowing a lot of time for a lot of damage to take place.

With more of our lives and business conducted online, we are more vulnerable than ever, but there are some things you can do to protect your identity and they include:

You can also be proactive and sign up for a credit monitoring service or identity theft prevention services. Many insurance companies also offer Identity Restoration Insurance, where for a reasonable fee, if you are a victim of identity theft, the insurance company help to restore your identity and reimburse you for loss.

Spending a few minutes or a few dollars to protect your information can, in the long run, possibly prevent you from becoming a victim of identity theft and save you time and money.