Keeping the Flames Alive: Continuing the Legacy of Tree of Life Victims

I will never forget the morning of Saturday October 27th, 2018. What was a relaxing morning at home watching national news with my family soon became a chaotic blur of intense emotional heartbreak and the constant shrill ringing of my house phone- with worried family and friends on the other end. The shock of reading the words “Mass Shooting at Tree of Life Synagogue” scrawled across the screen seemed unreal, too difficult to process. For all of Pittsburgh, this was incomprehensible news, but like many others in this town, Tree of Life is the place of worship for my family. And as the news kept rolling in and every news station in America (and beyond) become attached to the story, my family’s heart broke. With each report of another death, we cried and wondered which life ended much too soon.

The happy memories that filled my head of my sister’s Bat Mitzvah this past summer became poisoned with the unimaginable images of violence and hate that occurred in the very same building and the very same sanctuary in which my entire family gathered. The kind faces of congregants, friends, and my rabbi were anxiously and fearfully whispered, my family could not imagine such loyal pillars of faith as targets of hate.

When the names and photos of the victims were released, Pittsburgh and the world grieved. Rose Mallinger, Melvin Wax, Joyce Fienberg, Cecil and David Rosenthal, Daniel Stein, Jerry Rabinowitz, Bernice and Sylvan Simon, Richard Gottfried, and Irving Younger remain guardians of the Jewish faith and have now become forever etched into the hearts and minds of Pittsburgh and the world.

But out of this tragedy, the immense and ever-growing goodness of humanity has captured my heart and strengthened my connection to Judaism. Individuals from across the globe, people of all different backgrounds have come together and started this powerful movement, one that is “Stronger than Hate.” Iconic landmarks such as the Eiffel Tower projected hauntingly beautiful blue lights in addition to the loving solidarity of Israel’s blue lit embassies, and the endless other countries who immediately showed their support. In my own life, my friends, family, professors, and coworkers reached out and gave me overwhelming love and support. Go Fund Me page for Tree of Life.

And again, such love and kindness does not cease there as the GoFundMe page surpassed their original goal of one million dollars, countless Pittsburgh retailers and small businesses donated money to Tree of Life and establishments such as Phipps Conservatory, Carnegie Art Museum, and the Children’s Museum even advertised free admission to ease the emotional pain and provide a place for community healing. Print out your own “Random Act of Kindness” papers and spread some love in honor of these brothers.

But most notably, people are making sure to carry on the lives of those lost. From every corner of the world, individuals exclaimed the pure love, kindness, charity, and devotion that each of the eleven martyrs provided the world. Their presences can never be replaced, and their absence will forever be felt, but they remain inspirations and encourage people of all ages to live on in their memory. Most recently, a movement has started in memory of Cecil and David Rosenthal whose lives were filled with happiness and sharing that happiness with everyone they met. The movement to “Love like the Brothers” is encouraging people across the globe to find small good deeds to complete in honor of these two incredible men. Individuals from Pittsburgh and beyond have already shared ways in which they are making the world a brighter place because of Cecil and David, from paying for a stranger’s dry cleaning to taping dollars to vending machines.

But for all of the goodness and love, it is important to understand why movements like “Stronger than Hate” matter. For this answer, I looked towards Tree of Life’s spiritual leader, Rabbi Jeffrey Myers who survived the horrific event. In a recent service, he emphasized the significance of the Torah, and how the readings each week always manage to be relevant and guiding in today’s circumstances. And with Hanukkah starting this evening, I was truly struck by these comforting words. Being able to look back to the defining days of Judaism and look to the Biblical figures who faced their own challenges, I found that the didactic story of the Maccabees truly resonated with Tree of Life and all of the kindness that has filled the heart of Pittsburgh since this tragedy.

In the story of Hanukkah (or The Festival of Lights), Israel came under the rule of the cruel Antiochus IV Epiphanes who outlawed the Jewish people from practicing their faith and threatened those who disobeyed with death. In 168 B.C. Antiochus descended upon the city of Jerusalem and began killing those who rejected his law and continued to practice Judaism. In the process of his violent rampage, the holy Second Temple was destroyed and turned into an altar for the Greek god, Zeus. 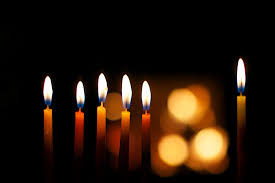 The candles of the menorah.

After the temple was destroyed, a full-scale war broke out that resulted in the victory of the Jewish people and the eventual rise to power of Judah Maccabee. Judah declared that the previously destroyed temple be restored and rededicated to the Jewish faith. It was during the rededication of the Second Temple that the miracle associated with Hanukkah occurred. The menorah at the center of the temple only had enough oil to last a single night. However, the candles remained lit for eight whole nights, long enough for the Maccabees to find more oil. God provided this miracle for the Jewish people after the tragedy and destruction of the temple and the death of those who continued to practice their faith. And while there is much speculation regarding the veracity of this miracle, the greatness of God in difficult moments and the power of faith truly epitomizes the spirit of the  Festival of Lights and encourages others to carry on religious tradition in honor of the Maccabees. 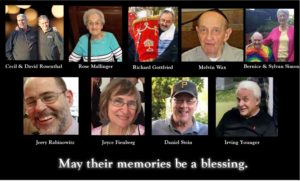 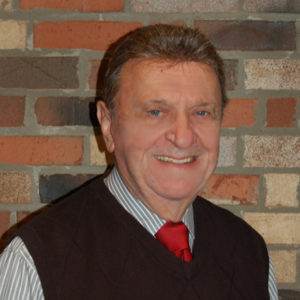