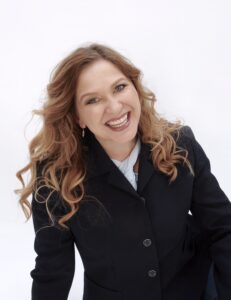 Three of the most frightening words anyone can hear have to be: You have cancer.

Melanie Holscher, a Sales and Leadership Coach with Southwestern Consulting, heard just that. And on top of that, the doctors’ reactions made it apparent that her cancer was likely advanced. They stressed the importance of her making an appointment with an oncologist immediately.

And it was. An MRI on New Year’s Eve revealed a tumor the size of a grapefruit, growing in her abdomen. The doctors diagnosed her with stage 4 ovarian cancer. She was only given months to live with an 11% chance of survival.

Like most faced with such a diagnosis, Holscher, the mother of three, experienced an array of emotions: fear, anger, disgust, confusion, and sadness. In her journey with cancer, which she details in a book, Becoming Ovary Jones -How to Fight Cancer Without Losing Your Mind, she eventually came to the epiphany that she could employ the principles she advocated professionally as a coach to fight cancer and to help others fight cancer as well. 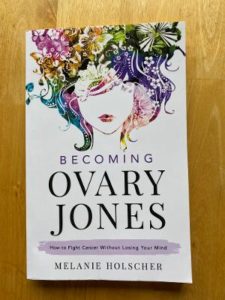 Initially, Melanie’s diagnosis left her reeling. Slowly, she began to try to take control over the situation. She describes this in her book:

I felt completely out of control. That’s when I started searching for Ovary Jones. She didn’t have a name initially, but, desperate for hope, I needed to figure out how other people blazoned the trails of their cancer journey. Initially, it started in my imagination, as I thought about my grandmother and others who fought before me. Eventually, in my mind, we’re all part of a prestigious club of brave souls that I affectionately dubbed Ovary Jones because it had an edgy, rebellious ring to it.

Embracing her inner Ovary Jones, Holscher used the principle of employing Actionable Hope—concrete actions—to wage war on cancer. In addition to the book, she also developed a companion Guided Journal. Both resources help other cancer warriors to face things such as how to deal with the anxiety of waiting, how to grapple with the loss of hair, and how to develop a mindset that promotes positive health outcomes. 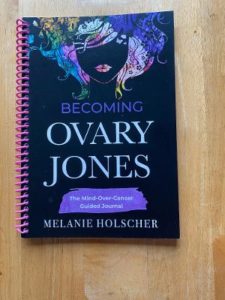 She writes that “Mental toughness is actually learned, and to master it, you have to do mental strength training every day”. With this book and the journal, Holscher gives you the “weights” to train the mind.

Holscher offers hope to those with even the grimmest of diagnosis. She details how changing her attitude helped her in battle. Melanie chose not to look up the survival rate for those with stage 4 ovarian and rather “chose to believe from that moment on that if one survived, so can I, and if none survived, I’d be the first.”

She emphasizes to her readers that no one fights cancer alone. To drive that point home, Melanie, her daughter, and a social media consultant have founded Together We Box. Together We Box is a monthly subscription box for cancer warriors, composed of encouragements, gifts, and actionable hope.

“I long for the day when we eradicate cancer once and for always, but until that happens, I’ll spend the rest of the days I’m granted helping cancer fighters strengthen the warrior within,” said Holscher.

Learn more about Melanie, her fight, and her work at ovaryjones.com

Listen to The Ovary Jones Show wherever you get your podcasts.