Great cities have great urban parks. Before 1955, downtown Pittsburgh lacked a great park, but that’s understandable. When your city is shrouded in smog, you have bigger problems than lack of a green space. But when Pittsburgh native Richard King Mellon returned to Pittsburgh after serving in World War II to take over the helm of Mellon Bank, he was appalled at how dilapidated Pittsburgh had become. The air was polluted and deteriorating buildings clogged the not-so-golden Golden Triangle.

Together with Mayor David L. Lawrence, Mellon committed to revitalizing Pittsburgh and launched a “renaissance” that would clean up the city’s air, tear down crumbling buildings and raze warehouses at the confluence of the Monongahela and Allegheny rivers to establish Point State Park. Mellon’s vision also included the creation of a great urban park: Mellon Square.

With more people owning cars and commuting into the city in the 1940s, the need for parking grew. During the same time, ALCOA threatened to move its headquarters to New York City. Mellon enticed ALCOA to stay with a new skyscraper and an underground parking garage. This would be no ordinary garage because atop it would be built a beautiful urban park, the future Mellon Square. Designed by the architectural firm Mitchell & Ritchey and landscape architects Simonds & Simonds, Mellon Square was financed by the Mellon family foundations and was built in 1953-1955, becoming the first park situated above a parking garage.

When the park was completed, Mellon donated it to the city. It was named in honor of Mellon’s father, Richard B. Mellon, and his uncle, Andrew Mellon. There is a dedication marker on ground level of the park that says, “Mellon Square is dedicated to the memory of two brothers, Andrew W. Mellon and Richard B. Mellon, their leadership, civic spirit and philanthropy advanced immeasurably the welfare of this community.”

The park is an oasis surrounded by skyscrapers and is bounded by Smithfield Street, Oliver Avenue, Sixth Avenue, and William Penn Place. It is 1.37 acres of fountains, benches, trees and flowers, and its signature cascading waterfall was designed to depict this idyllic place spilling into the rest of the city.

The park was well-received when it opened and became a popular place to meet, eat lunch, enjoy a concert, or escape the stress of the concrete jungle. Time took its toll on Mellon Square, and by the turn of the new millennium, the park had fallen into disrepair. In 2009, a plan was conceived to revitalize the park, and in 2011, a $10 million upgrade commenced.

The renovated Mellon Square reopened on May 29, 2014, and like an old friend, visitors welcomed this oasis back to the city.


This video gives an historical background on the city before the park, why it was built, and who built it.
On February 11, 2015   /   Attractions, History, Places 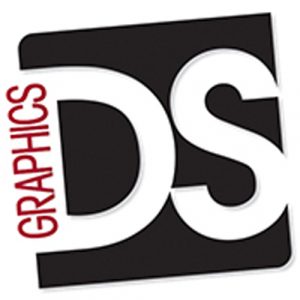