When Michael Bonaventura arrived in Pittsburgh in 1983, the city’s steel industry had bottom out, but Michael’s life was on the rise. He had come here to pursue two dreams: marrying his beautiful Pittsburgh fiancée, Antoinette, and becoming a well-respected chef. Happily, both of those dreams have come true. Michael married Antoinette, and they are the owners of the renowned restaurant The Gran Canal in Sharpsburg.

Michael was born in San Severo, in the province of Foggia, where his love of food was fostered. He then studied for three years in Rieti, a picturesque city located in the middle of the Italian “boot.”

“I began (to cook) in Italy in 1969. Three months after I started school, I began working at weddings, parties, and I was making some money. That was important because at that time Italy was a poor country,” Michael said.

To be a successful chef in Italy requires more than a culinary education. “To have a good job (in a restaurant) in Italy you need to learn French, German, and English, because tourists come from everywhere in the world. So I worked for four years in England, two years in Germany, and two and a half in the German side of Switzerland,” Michael said.

In 1979, a chance encounter changed his life. “While working in Switzerland, I met this beautiful girl from Pittsburgh. Antoinette was on vacation for two weeks. We met in a neutral field (he jokes), and everything started there,” he said. “After Antoinette went back to the U.S., we started communication. In those days, there were no computers, no Skype”.

Michael and Antoinette wrote letters to each other and saw each other a few more times until in 1983, Michael proposed. The couple tied the knot in Pittsburgh at the church of Immaculate Conception in Bloomfield.

“Her family opened their heart to me. When I first came here it was beautiful because everyone was open to me. I never found it hostile, everyone was welcoming, and I made so many friends. For 33 years I’ve been in America and I love it,” Michael said.

He worked in several restaurants in the city, but his real dream was to own his own restaurant. “I am not trying to be rude, but in every restaurant that I went to in Pittsburgh (back then), it was difficult to find a good pasta dish.”

Michael and Anthoinette opened Gran Canal Caffé in 1995 in a small kitchen on North. Canal Street in Sharpsburg with a few tables and chairs. “We were open across the street for five years, and it was small like a hole in the wall, with 12 tables. We served one pasta special per day. We used to be open for lunch and dinner. I would go into the kitchen and prepare the special of the day, and by the end of the night, it was all gone. Every day we had fresh pasta and fresh sauce.”

Word soon spread about how good the Gran Canal’s pasta was, and five years later they moved across the street to a larger space. “People had started to get annoyed fighting for a table,” Michael said. The new Gran Canal Caffe official opened in May 2000 at 1021 N. Canal Street.

The Bonaventuras have three grown children, Nicole, Michele, and Fabio. One of their fondest memories is of having a street named for them. “The back alley did not have a name so a councilman made a proposal (to the Borough of Sharpsburg). Two weeks later he came back ,and he said they were going to name it Bonaventura Way. And I started to cry like a baby,” Michael said.

In addition to his beloved, faithful diners, Michael has served many celebrities during his career, including Harry Belafonte, Paul Newman, Robert De Niro, Madonna, and Mick and Bianca Jagger as well as President Richard Nixon.

When asked if the chain Italian restaurants ever pose a threat, Michael said, “The chains don’t scare me because I feel that customers know the difference between small restaurant home-cooked food and chain food. We try to do everything here in the kitchen. Customers want a better product for a fair price. Our customers always look for our cannelloni. Without our cannelloni we couldn’t open the doors. There would be riots”, Michael said.

“This is the only job I ever had in my whole life, for 49 years. To this day, I still do not consider it as a job because I love what I do. And I am proud of what I do. And even now when I get tired easily. It does not matter, I really enjoy it.” he says.
For Michael, the best part of being chef comes when he shakes hands with his customers at the conclusion of a meal. “It is the greatest satisfaction hearing people say: Thank you Michael, dinner was great.” 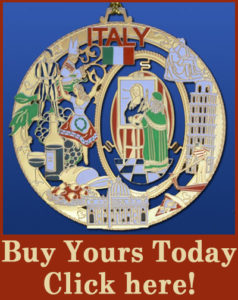