Passover: The Story Behind the Customs For the roughly 15 million Jewish people across the globe, celebrating Passover is an extraordinarily important part of their faith. However, for all of its significance, a large portion of people (Jews included) are left in the dark when it comes to why it is celebrated and the reason behind the various customs attributed with it. With that in mind, as the Spring season brings another Passover upon the Jewish people, it is time to investigate this holiday and discover “why is this night different from other nights?” as stated in the Haggadah, aka the Passover prayer book.

The tale behind Passover deals with Moses’ leadership of the Jews out of slavery under the wrath of the evil pharaoh. As slaves in Egypt, the Jews were forced into hellish servitude. Upon Moses’ arrival and askance of a break for a 3 day feast, the Pharaoh refused. In response to such cruelty, God released the 10 Plagues upon the land: (1) Nile water was turned to blood, (2) Frogs, (3) Gnats, (4) Wild animals, (5) Diseased livestock, (6) Boils, (7) Thunderstorm of hail and fire, (8) Locusts, (9) 3 days of Darkness, and (10) Death of the first-born son.

After such endless destruction and wrath, the Pharaoh “graciously” decided to free the Jews–a decision that was short lived. The Pharaoh changed his mind after making his declaration and began to send his army after the Jews. Hearing this, the Jewish people hurriedly gathered their belongings and followed Moses to the Red Sea–which he promptly parted in time for the Jewish people to cross and then let close to drown the Pharaoh’s army. The liberation of the Jews from such wrathful leadership and Moses’ miraculous parting of the Red Sea is then celebrated on Passover.

The Customs: Why Do We Do What We Do? Seder Plate: This typically ornate plate serves as the symbolic representation of the Jews’ time in Egypt and their exodus. Each section on the plate highlights a certain element of the holiday.

This thin cracker-like square is vitally important to Passover. When the Jews were rushing out of Egypt to escape the Pharaoh’s army, they did not have time to fully bake their bread, resulting in the unleavened matzah that is eaten today as serve as a reminder of the Jewish exodus. Additionally, the whole premise of abstaining from eating bread and leavened products during Passover (i.e. cake, cookies, sandwiches, etc) stems from the original inability of the slaves to have bread during their emigration.

For anyone who grew up in a Jewish household, they can attest that this is the best part of the Seder Dinner, as searching for the matzah or afikoman (as it is called in Hebrew) and finding it often means a sweet treat is sure to follow. The reason behind this custom is actually quite entertaining. The Talmud states “We snatch matzahs on the night of Passover in order that the children should not fall asleep.” In this sense, hiding the matzah is a surefire way to ensure that no child falls asleep during the long dinner, as they are much too eager to start searching for the hidden afikoman.

All in all, knowing the reasons behind elements of religious and secular holidays alike makes celebrating a bit more fun. You can also share a little of what you learned with those who you are spending that special time with! 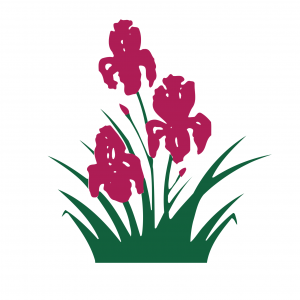 If you’re looking for senior living in Pittsburgh, PA, or Allegheny County, Friendship Village of South Hills should be at the top of your list.