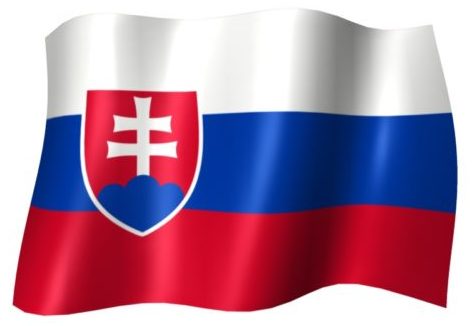 When immigrants came to the United States, it was common for them to name the places where they settled after their native land. That’s why we have places called New England, New Mexico, New Jersey, New York, etc. Not only were regions and states named in such a manner, but there are also numerous towns, villages, and cities with names reflecting the areas from where its residents came.

With so many people of Slovak descent in Pittsburgh, it’s a wonder the city was never called New Slovakia. Many people aren’t precisely sure where Slovakia is located. That’s understandable. For many years, this central European, landlocked area has been a part of other empires such as Great Moravia, The Kingdom of Hungary, the Hapsburg Empire or, most recently, the country of Czechoslovakia. Presently, the homeland of the Slovaks is an independent country called The Slovak Republic, and while the area where the Slovaks live has been under the umbrella of many other names, those of Slovak heritage have never lost their unique identity. For a nation only two-thirds the size of England, and with a population of only 5.4 million people, this small country has had a huge impact on the Pittsburgh area.

No other region of the United States has more Slovaks than the Pittsburgh area. According to the 2000 U.S. Census, of the nearly 800,000 U.S. citizens claiming Slovak ancestry, the highest percentage of those live in Pennsylvania, coming in at 30.5 percent. The Pittsburgh area has more than 100,000 residents who reported full or partial Slovak heritage, making Pittsburgh the No. 1 city in the world for the most Slovaks outside of Slovakia. Slovaks are the fifth-largest heritage group in Pittsburgh, trailing the Germans, Italians, Irish, and Polish.

Slovaks came to the area for the same reasons that other immigrants came here: for freedom and to find their fortune. It’s hard to pinpoint who exactly who was the first Slovak immigrant to the area because the Slovaks came here in a torrent, not a trickle. The first wave of Slovak immigration began in the 1890’s and lasted until the early years of the twentieth century. The peak year for immigration was 1905, with 52,368 immigrants entering the U.S. Approximately 20 percent of all the Slovaks in Europe left at that time due to poverty, disease, and crop failures. Under Hungarian rule at the time, Slovaks were oppressed under a program called Magyarization, which sought to strip them of their language and culture. They left their homeland to seek work in the mills and coal mines of Western Pennsylvania.

Slovakia’s history is a conflicted one. Periods of independence were interrupted by invasion, suppression or annexation. And even this tumultuous past has a Pittsburgh connection. In 1918, The Pittsburgh Agreement was signed at a meeting of the American branch of the Czechoslovak National Council in Pittsburgh. The agreement supported a common state of Czechoslovakia, a democratic republic in which Slovakia would enjoy its own administration, legislation and courts. This accord lasted until the Nazis rose to power. They then set up Slovakia as an independent state. However, in 1945, it was reincorporated into Czechoslovakia, prompting a smaller wave of immigration to the U.S. This time the influx was not from laborers, but from the country’s intellectuals. The invasion of the country in 1968 by the Soviet Union prompted another wave of intellectuals seeking asylum in the U.S.

To survive in their new homeland, the Slovaks established many institutions to help them adapt to their new life and yet still retain their heritage. In 1890, the National Slovak Society of the United States was founded in Walther’s Hall in Allegheny City, what is now Pittsburgh’s North Side. Its mission was to provide financial security through life insurance and annuity products while at the same time offering “charitable, cultural, social, and educational opportunities” to benefit its members and the community. More than 120 years later, the National Slovak Society is still thriving. It is headquartered in McMurray, Pennsylvania.

In addition, the Slovak immigrants constructed numerous churches in the area. In fact, in 1920 there were 28 Catholic Slovak churches in the region, many of them accompanied by schools and social halls. While smaller in number, Lutheran Slovaks and Byzantine and Greek Catholics from Slovakia also established churches.

There are so many residents in Pittsburgh of Slovak descent, that the Slovak Embassy established an Honorary Consulate here in Pittsburgh in 1997. The Honorary Consul, Joseph Senko, formed a non-profit organization, the Western Pennsylvania Slovak Cultural Association, to showcase Slovak cultural programs to the Slovak-Americans in the area and to the public at large. It regularly holds meetings at the Mt. Lebanon Public Library and features cultural programs and Slovak language classes.

Nearly 40 years ago, the Pittsburgh Area Slovak Folk Ensemble was formed to promote the traditional folk music, song, and dance of Slovakia. During the past decades, the ensemble has performed all over the region and country, and even in folk festivals in Slovakia.

The depth of the bond between the Pittsburgh area and Slovakia is illustrated in the University of Pittsburgh’s Slovak Studies Program. Pitt is the only university in the nation that offers a Minor in Slovak Studies. Students can take Slovak language classes and classes in Slovak culture. In addition, for the past 22 years, the Slovak Studies Program and the university’s Student Slovak Club have hosted a Slovak Heritage Festival in November. It is open to the public and helps those of Slovak descent to reconnect with their heritage through music, lectures, and food.

While many people in the area may not be able to locate Slovakia on a map of Europe, they certainly know Slovak cuisine. You don’t have to be a Slovak to love haluski (fried noodles and cabbage), holupki (stuffed cabbage) and desserts such as kolache (fruit-filled pastries).

Slovaks may not often grab the spotlight, but if they had not come to the Pittsburgh area, our city would not be the same. 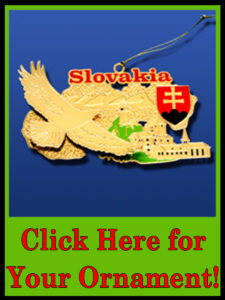