Copernicus, Chopin, Pope John Paul II: these are just a few of the myriad Polish notables who have left their marks on history. Although these Polish luminaries resided in Europe, when the Polish came to Pittsburgh, they did not leave their remarkable culture behind. The list of accomplishments by Americans of Polish ancestry is as long as some of the consonant-crammed surnames they bear.

Witamy means “welcome” in Polish and is usually used in the sense of “welcome to my home.” Pittsburgh put out the welcome mat for the Polish, and the city has reaped the benefits of all the Polish have contributed and brought with them to the area.

The earliest Polish visitor to Western Pennsylvania was Anthony Sadowski, a trader and explorer, who was recorded as coming to the area in 1729. In 1758, Christian Post, a Moravian missionary born in Poland, worked among the Indians at Fort Duquesne. Pennsylvania artist Robert Griffing immortalized this time in history in his painting Post & King Beaver at Fort Duquesne. The Polish population in Pennsylvania grew slowly. According to the census of 1790, a mere 32 families of Polish descent were living in Pennsylvania. However, after the Polish Insurrections in the mid-1800s, more Poles began to arrive in the area, and by 1852, there were large numbers of Poles living on Pittsburgh’s South Side. That same year the first Polish Mass was held at St. Michael’s Church (a German church) in Pittsburgh. By 1875 there were sufficient numbers of Poles in Pittsburgh to support a parish, and St. Stanislaus Kostka opened in the Strip District, giving the Polish faithful a spiritual home in their new land.

Throughout the later part of the 19th Century, the number of Poles coming to the area seeking employment in the surrounding mills and coal mines increased, so that by 1903, it was estimated that in the City of Pittsburgh alone there were 50,000 Poles living here. The census of 1920 listed the city as having 588,343 residents, some 200,000 of them Polish immigrants and second-generation Poles. There were so many Poles in Pittsburgh that from 1920 to 1976, the area had a Polish newspaper called Pittsburczanin, The Polish Daily Pittsburgher.

According to Robert Szymczak, Associate Professor of History at Penn State Beaver, the first Polish American medical doctor to graduate from the University of Pittsburgh Medical School was Teofil Starzynski. Starzynski had a medical practice on the South Side for many decades and was the president of the Pittsburgh-based Polish Falcon of America organization. Starzynski also served as a medical officer in the Polish American volunteer army and recruited from Polish immigrants to fight for Polish independence. With so many Poles residing in the area, it’s no wonder the Polish have put such a stamp on Pittsburgh. From food to football, the Polish have made their mark. Pittsburgh even has a hill named for the culture: Polish Hill, which had the largest concentration of Poles in the area. Polish Hill is also home to the area’s other premier Polish church, Immaculate Heart of Mary. It is a grand house of worship in the “Polish Cathedral” style. Like their European counterparts, the Polish Catholics in Pittsburgh have produced some remarkable clergy.

In addition to the royalty of the church, the Poles have also produced another regal son: Bobby Vinton, dubbed the “Polish Prince.” The crooner from Canonsburg was called the “most successful love singer of the Rock-Era” by Billboard Magazine for his string of hits like “Roses Are Red,” “Blue Velvet,” and “Mr. Lonely.” However, nothing solidified his identity as the Polish Prince than his unlikely hit “Melody of Love,” which featured a chorus with Polish lyrics. Vinton has a street named for him in Canonsburg.

Polish Influence in Pittsburgh: from Music & Celebrities to Cuisine

Polkas, a Polish folk music, are still a favorite in the area. Even today, it’s not uncommon to include one at a wedding reception. And it wouldn’t be a Steelers Super Bowl party without the “Steelers Polka.” The Polish influence has also manifested itself in sports in other ways besides the fight song. Although not a native Pittsburgher, Eddie Olczyk, the former Penguins player, coach, and broadcaster has been one of the team’s most noted Polish players. When you are talking Polish sports stars, you can’t forget Donora’s Stan Musial, and the hero of the 1960 World Series, Bill Mazeroski.

Of all the aspects of Polish culture, Polish food is probably the most beloved. Kielbasa, pierogies, haluski, golabki: however you pronounce them, these Polish specialties are delicious. If you can’t make them like your Babcia (grandmother) did, then head to the Bloomfield Bridge Tavern, The Polish Party House, where they serve dishes just like your Polish grandma used to make. If you can’t find what you are looking for there, head to S&D Polish Deli in the Strip District, where you’ll find an astonishing array of polish foods.

What’s Polish food without some sweets? Come Mardi Gras, look for paczki, Polish doughnuts, to appear in the area’s bakeries before the start of Lent. Also, you may want to try some kruczyki, fried Polish cookies, that some call angel wings because of their appearance. No matter what you call them, they taste heavenly.

To burn off all those calories, you may want to try your hand at some Polish crafts. Cracow Creches, or szopka (pronounced shop-ka), are a Polish folk art. Beautiful, ornate, miniature edifices are constructed from every day items like shiny foil paper. Pittsburgh is fortunate that the foremost expert on the history and construction of szopka lives in the area and regularly offers classes that teach others how to create these magnificent works of art. For more Polish culture, head to the Polish Nationality Room at the Cathedral of Learning on the campus of the University of Pittsburgh. The room was inspired by Wawel Castle in Cracow and houses a cornerstone from a cornice of Collegium Maius (1369).

For some more Polish culture, head to the Polish Nationality Room at the Cathedral of Learning on the campus of the University of Pittsburgh. The room was inspired by Wawel Castle in Cracow and houses a cornerstone from a cornice of Collegium Maius (1369).

If you are looking to socialize, there are numerous Polish organizations in the area. There are several Polish Falcons located in Pittsburgh as well as The Polish Army Veterans Association and the Young Men’s Polish American Association. Also, don’t forget Polish Day at Kennywood, when everyone heads to the amusement park to have fun and celebrate their Polish heritage. 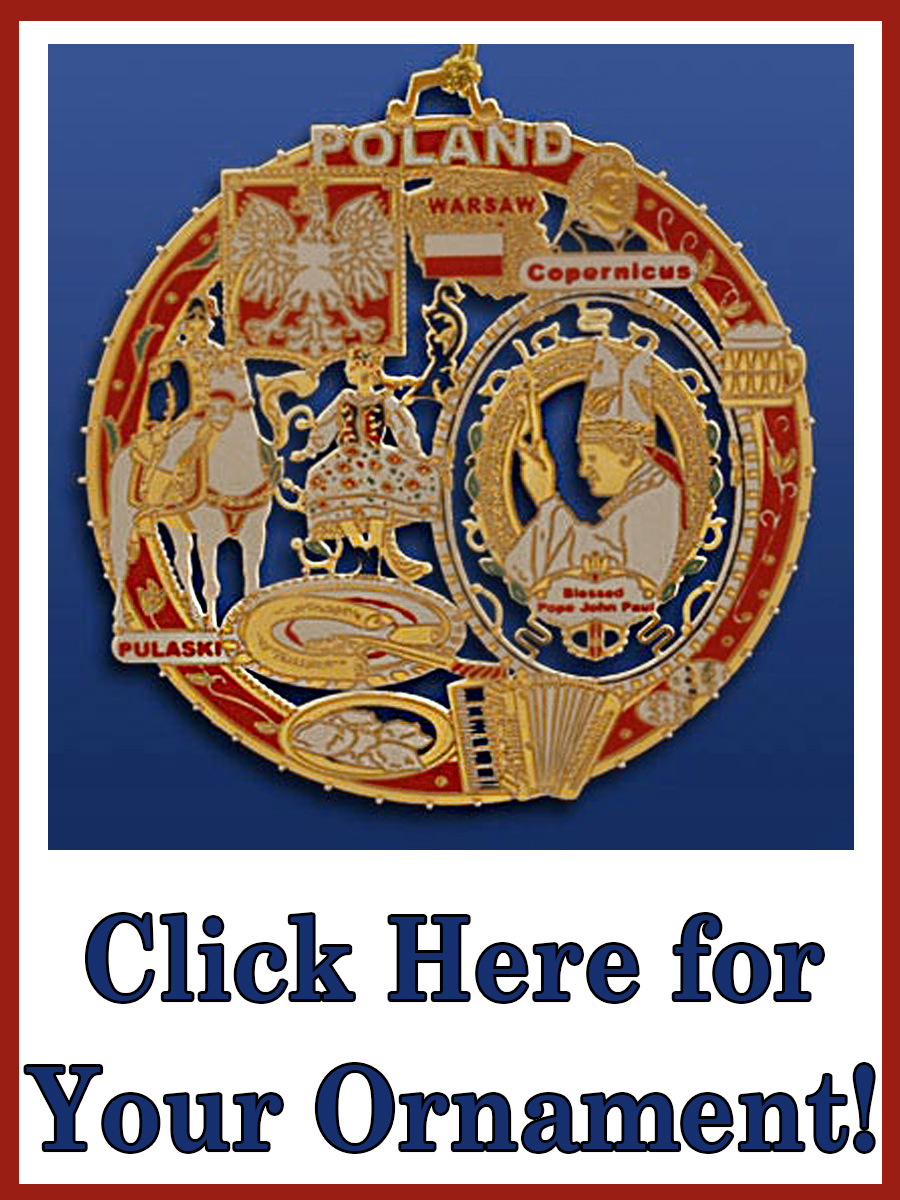