The Underground Railroad in Pittsburgh 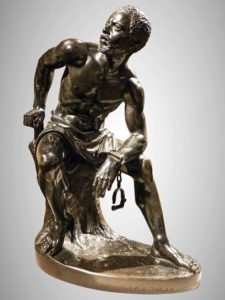 Pennsylvania has played a pivotal role in current events in the United States throughout history. The Commonwealth made vital contributions to America’s independence from Great Britain in the 1700’s and continues to be an important part of history in the 21st century. Most recently, was the 2020 Presidential Election in which PA was a decisive battleground state. In the 19th century, when slavery was still legal in the country, Pennsylvania was well-known on the Underground Railroad.

Many know that Harriet Tubman fled to Philadelphia from Maryland, before she was to be sold to another slave owner; an experience that opened her eyes to the workings of the Underground Railroad.[1] She worked for eight years as a conductor to bring slaves to freedom, and it’s said that she never lost a passenger during her tenure as a conductor.[2] The Underground Railroad extended across Pennsylvania and was extremely active in Pittsburgh.[3]  In 1850, Allegheny County had 3,431 free Blacks living in it.[4] This community of free men and women, along with white abolitionists, worked hard to help many other Black people find their ways to freedom from the South.

The Underground Railroad in Pittsburgh

One advantage that Pittsburgh had as a stop on the Underground Railroad were the three main waterways: the Allegheny, the Ohio, and the Monongahela Rivers. These rivers provided routes that the conductors could use to help free the enslaved men and women from the southern states.[5] Once the freedom seekers made it to Pittsburgh, they would either find a conductor to stay with until it was safe to continue on their journey, or they would possibly make Pittsburgh their new home.

Another critical figure at the time was Jane Swisshelm—the same woman that Swisshelm Park is named after. She was an ardent abolitionist and wrote for Spirit of Liberty, an anti-slavery paper.[7] She was known for her fiery opinions regarding slavery and women’s rights. It’s said that Swisshelm worked on the Underground Railroad, though whether or not she kept slaves in her home as one of the stops is not known for certain. However, she did use her gift of writing and her tenacity to let the world know what she thought of slavery. She penned articles that helped to convince others that all people had the rights to be free. Of her experience working with abolitionists she said, “Abolitionists were men of sharp angles. Organizing them was like binding crooked sticks in a bundle.”

With the large size of the Pittsburgh network, there needed to be a plethora of stations where the Black people seeking their freedom could stay. There were many stops in what is now considered the “Lower Hill” area. The precise locations of the homes are unknown. But there’s no doubt that the Black community within Pittsburgh worked hard to help passengers on their journey on the Underground Railroad.

William Switala created a map of stops in his book, Underground Railroad in Pennsylvania. His book lists 13 known stops in Pittsburgh, while the Heinz History Center has listed only five confirmed stops. The first known stop for anyone traveling from the south was in Brentwood at the Point View Hotel. Unfortunately, the hotel was torn down in 2007.[8] The next stop, according to Switala, was in a barn on Alexander Negley’s farm along the Monongahela River, near what is now the South Side. The home of Thomas Bigham, a lawyer and abolitionist, sat on top of Mount Washington. In the 1800s the home was surrounded by woods, making it another great stop for people hiding from slave hunters. From there, passengers of the Underground Railroad would be taken into the city.

The stops weren’t only in the homes of abolitionists or hotels, but also in the buildings of churches, restaurants, hospitals, and even “Daddy Ben” Richard’s meat wagon.[9] Before it was torn down, Avery Memorial A.M.E. Zion Church was known to have helped hundreds of people on their way to freedom.[10] Similarly, Saint Matthew A.M.E Zion Church in Sewickley was a safehouse at the time and still exists today. Unlike some of the other stops, St. Matthew’s has been registered as a historical landmark and is currently undergoing renovations to help preserve the structure.

A Tour of the Stops Today

During your drive, try to imagine what Pittsburgh used to look like. There were more trees and areas to hide from slave hunters. Travel through the cover of night would have been helped by the lack of light pollution and brush. You can also call your local historical societies to ask if they know of any lore regarding the railroad within your community. 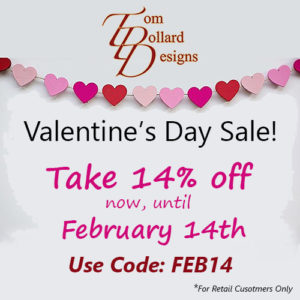