We’ve had labor disputes, strikes, and lockouts that have temporarily suspended seasons, and our sports teams have endured wars and the terrorists attack of 9/11. Below is an account of how some of our most beloved sports leagues and teams have fared while facing undue circumstances.

The American and National Leagues merged. As the oldest league, it has seen its share of interruptions in its seasons.
In 1918 when the Spanish Flu was raging and while we were in the midst of World War I, MLB shut the season down a month early, holding the final World Series game on September 11. No active player perished from the flu that year, but an umpire, Silk O’Laughlin, died in December 1918. During the 1919 season, when a third wave of the flu was raging, MLB started play a week later, the players as well as fans wore masks to the ballyard. There are iconic black and white photos of players wearing surgical masks preserved in the LIFE Images Collection.

The Pittsburgh Panthers in 1918 saw their season cut short and what games they could play were all played in November. Although they lost their last game to Cleveland Naval Reserve, they were declared co-national champions with the University of Michigan, who went undefeated that year.
The 1918 football season was like no other for the Penn State Nittany Lions. That summer Penn State’s entire varsity squad, including their coach, enlisted in the armed services. Replacements players were found for the nine games on the schedule, but two games were cancelled because those teams had also lost their players to the war effort. The game against Washington & Jefferson was cancelled because of the Spanish flu outbreak, and the contest at Dartmouth was prohibited due to health travel restrictions. PSU’s first game came against The Wissahickon Barracks Naval Station football team on November 2. They were allowed to travel and play at nearby Rutgers and Lehigh as well as Pitt. Although they lost, they were the only team to score on the Panthers during that abbreviated season.

The Penguins didn’t come into the league until 1967, so they weren’t around to suffer any detrimental effects from the Spanish Flu. The National Hockey League was in its second season in 1918 when the Spanish Flu hit that fall. Although players were encouraged to wash their hands and avoid large crowds, the NHL played its first games on December 21, 1918. During the Stanley Cup championship, the Montreal Canadiens played the Seattle Metropolitans in March 1919, when the flu had returned. During Game 5, Canadiens defenseman Joe Hall collapsed on the ice and was admitted to the hospital. By Game 6, four more Canadiens players and their General Manager were also hospitalized. Several members of the Metropolitans fell ill as well. Sadly, Hall died the next month. The Stanley Cup was never awarded that year because the players were so distraught. The series was never completed.

The NFL as we know it wasn’t formed until 1920, and the Steelers didn’t arrive on the scene until 1933. Therefore, they escaped the Spanish Flu epidemic, but during World War II, the league lost so many players to the armed services that The Steelers merged with the Philadelphia Eagles in 1943 to field a team known as the Phil-Pitt Steagles.

The National Basketball Association was founded in 1946; therefore, the league was not in existence during the Spanish Flu epidemic and World War II. However, the NBA was the first of the professional sports leagues to suspend its season due to the Coronavirus when a Utah Jazz player tested positive with the virus on March 11, 2020. 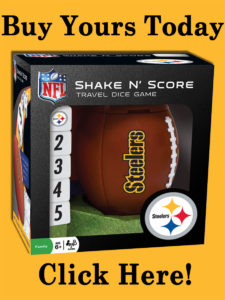