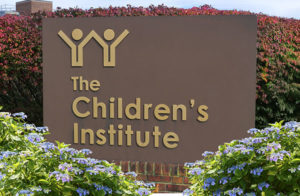 Since its founding in 1902, The Children’s Institute of Pittsburgh has identified needs in our community and has taken action to address those needs. The organization’s incredible history starts with Emile Terrenoire, who was only three years old in 1902 when he lost both his legs in a train accident. After his release from Pittsburgh’s Children’s Hospital, his widowed mother was unable to care for him.
Mary Irwin Laughlin heard about Emile’s plight and found that there were many children in the area in similar situations. Together with a group of friends, Laughlin worked to help these children. The estate of businessman William Thaw offered the loan of a home at the corner of Margaretta and Beatty Streets in East Liberty, and in 1902, the “Memorial Home for Cripple(d) Children” opened with young Emile as its first resident. By the end of its first year, eight children were living there being cared for by a matron, three physicians, and a nurse. The children played, were educated, and received medical attention at the Home.
In 1903, a Board of Managers was formed with Mrs. William Thaw as the first president, and the board included many eminent women, wives of the area’s leading industrialists and philanthropists. These women enlisted the moral and financial support of their husbands.
In 1905, Mary Irwin Laughlin purchased and donated a site which would become the organization’s permanent residence. In 1907, 17 children and staff moved into the new building at the corner of Shady Avenue and Denniston Street in Squirrel Hill. The new home also acquired a new name: The Industrial Home for Crippled Children.
The World War I era was not only one of conflagration, but it was also a time of pandemic and disease, and once again, the Home rose to meet the challenge. By 1916, 40% of the children admitted to the home were suffering with polio, or infantile paralysis as it was commonly known then. Although fiscally times were dire as the nation’s cost of living had risen by 80%, the community supported the Home and new facilities and treatments were added to address the polio epidemic. By 1919, 75% of the children at the Home were recovering from polio and the dreaded disease would rage for 40 years until Pittsburgh’s Dr. Jonas Salk, in 1955, developed the polio vaccine. In 1957, “Industrial” was dropped from the organization’s name, becoming The Home for Crippled Children. 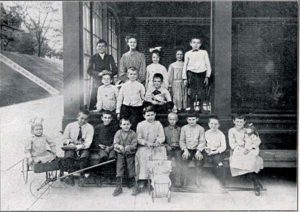 Once polio was conquered, the Home adapted to aid a different type of patient—the child with a severe disability who required more expert medical care and educational services than had been needed during the Home’s work with polio patients. The Home returned to the approach of its early years, creating a range of high-level medical, educational, social, psychological, and prevocational programs, including The Day School.
In the 1960s and 70s, the Home added more facilities as well as programs, including in 1974 southwestern Pennsylvania’s first traumatic brain injury program. In 1981, the organization became The Rehabilitation Institute of Pittsburgh, to reflect the organization’s added range of services for adults and children.
In 1998, the adult services became a part of UPMC, with the services to children and young people remaining with The Children’s Institute, the organization’s new name. Also, in the 1990s, The Children’s Institute opened satellite locations throughout the region. After celebrating its centennial, The Children’s Institute has continued to grow, adapt, and innovate, including with Project STAR (now known as Family Support Services), a program to encourage families to adopt children with developmental disabilities. In 2006, the Institute began offering innovative educational models and therapies for children diagnosed with autism. The Children’s Institute has been lauded as the world’s leading program for children and adults with the rare genetic condition Prader-Willi syndrome.
What began as one woman caring about one young boy in 1902 has grown to be one of the country’s leaders in innovative and integrated physical and behavioral health care, education, and social services for children and youth with special needs. The passionate team at The Children’s Institute is dedicated to the amazing kids and families they serve, helping children to reach their full potential. They provide a breadth of services for more than 9,000 young people each year at seven campuses across southwestern Pennsylvania and other states, and if the past is any indication of the future, if a need arises in the community, you can be assured that The Children’s Institute will be there to address it.