When children are young there’s no question about it. Santa is real and he is a fat jolly man that has one hard workday a year. The mystery of the Christmas season is magical and as parents we strive to make that gleam in our children’s eyes last forever. Inevitably, as a child grows up, they start to question everything. Including the ‘little white lies’ parents tell their children. We have good intentions these lies; we want to protect them, let them keep their joy. There’s nothing like watching the excitement and joy and astonishment on our children’s faces when they wake up on Christmas day and discover that Santa had come. 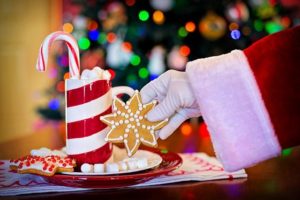 But kids grow up fast. And before we are ready, the truth comes out. It seems to me that there are three ways our kids come to learn the truth about Santa. It may not be easy for parents to come to terms with it, but it’s bound to happen one way or another.

The child figures it out on their own.

To a parent your child is always your baby but right before our eyes they grow into self-reliant problem solvers that are more capable than we ever imagined. As fun as Santa Claus is, there is much to question. Some kids can easily see through the fantasy all by themselves.

Growing up, my group of friends became skeptical around eight or nine. We had discussions about it; we compared Santa to the Easter Bunny—who we were sure didn’t exist! But our suspicions were finally confirmed when my friend spotted gifts “From Santa” under the tree before her family left for Grandma and Grandpa’s the day before Christmas Eve. For us, this was a “we knew it” situation. Sure, there was some magic lost, but I think we were all excited to be in on the secret.

The secret gets blown.

Whether it’s because of a classmate, an older child, or the parents simply get caught in the act, finding out the truth accidentally can be a bit “traumatic”. Unfortunately, we all know a story like this, making it the most likely scenario. There will always be that child who learns the truth and then runs right to school to tell all his friends. Or maybe they simply slip up, not realizing it’s supposed to be kept a secret. Children rarely explain things completely or gently. At times, even seem to find it funny to ruin the illusion. And older siblings seem to know exactly what buttons to push to get a reaction from their annoying little sibling.

As your child gets older, it can be difficult to hide the gifts and get them under the tree uninterrupted. Parents aren’t perfect and sometimes we just get caught. Sneaking out of your room late in the night to discover mom and dad placing gifts leaves a child with many follow up questions.

My boss says that his opportunity to come to terms with Santa was stolen from him by a big, mean ten-year-old when he was eight. After telling him that there is no Santa, she stood there and laughed while he cried. To this day, my boss still feels robbed of his sense of wonder.

Some kids simply get to an age that the time for “the talk” comes.

This is where the real dilemma hits! When is it that a child is at the right age? How to begin this conversation? What to say? 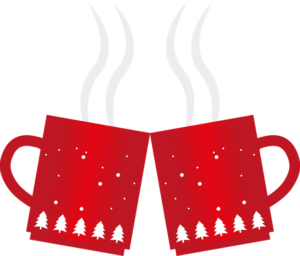 You never want to be the ones to ruin the magic of Christmas, but you want to help them grow. There’s really no specific age, as it will be different for each child. Whenever the time comes, just remember to be prepared for questions.

Recently, I felt it was time to broach the topic with my son. I wanted to get a sense of what he thought about Santa Claus before revealing any truths, so I began with some probing questions. Sometimes these questions will also help you figure out if your child is ready or not. As the conversation continued with my leading questions, he ultimately reached the conclusion that his dad and I were Santa.

I had heard of another great tactic where a mother took her son out for hot chocolate at a café and to talk. She explained that he was now old enough to know the truth and that now he would help be Santa for his younger siblings and other little kids. It seemed like a really good way to transition a child into a considerate and giving person.

It’s not easy to know when’s the best time to tell your child about Santa Claus. Finding the balance between keeping your baby and helping your child to learn and grow is a struggle for every parent. Figuring it out themselves might be the ideal scenario, but there’s always a risk that they’ll come home crying because another kid spilled the beans at school. The most important thing, however they find out, is that you are there with a hug ready to go if they need it.

The Employee Retention Credit: What Business Owners Need to Know!