Ticks: My Experience and Education In the past 4 years of taking nature walks through the woods of North Park, I have removed only three wood ticks from family members, pets, and myself.  However, on a recent walk with my husband and son (on a trail that we trek every summer), I was surprised to find nine deer ticks cleverly embedded in our clothing.

Luckily, we were left bite-free and none of the ticks latched onto our skin. Nevertheless, I decided to arm myself with an education about these little pests to better protect my family and hopefully share some insight with other hiking novices and nature lovers alike.

It is not surprising to hear murmurs and exclamations about the increase in the tick presence this summer. However, such growth is justified. The mild winter Pennsylvania experienced this past year was not harsh enough to kill off all the ticks—allowing them to flourish. And while I (like most other Pittsburghers) rejoice at the thought of a mild winter, there is a price to pay for everything. In this case, a summer plagued by disease carrying nuisances.

Some major illnesses these little pests pass on include Lyme Disease, tick paralysis, and Rocky Mountain Spotted Fever.  But before I get ahead of myself, let me answer some of the most important questions.

Ticks are typically small, flat, and oval with black bodies and small heads. They are barely visible to the naked eye—although sizing varies slightly depending on its developmental stage. It is extremely difficult to spot ticks outside, as they are typically attached to animals and hidden in brush. Nevertheless, a tick that is attached will typically become engorged with blood, but stays a black/ deep brown color. Check our Tick Encyclopedia for more information about different types and images.

“How can I avoid getting bit?”

It is best to wear long pants and shirts if you plan on being in a heavily wooded area. Long hair should be pulled up to lessen the chances of these little pests climbing into tresses and embedding in your scalp. Additionally, it is a good idea to shower and do a tick check after any outdoor activity. Likewise, give your pets a wipe-down and check if they’ve been outside for an extended period.

If you have been bitten, it is crucial to remove the tick as soon as possible. It takes 24-48 hours for the tick to spread disease. There is not one “right way” to remove the tick, but it is important to remove the whole bug. You want to make sure that no part of the head is still embedded in the skin. The bite should be treated with rubbing alcohol to avoid infection.

Calling the doctor is also highly recommended. As stated previously, the longer time a tick remains attached, the greater chance of succumbing to illnesses. Therefore, it is a good idea to get checked out by a professional. Remarkably, there is a vaccine that prevents the onset of Lyme Disease when bitten by a deer tick.

As the saying goes “an ounce of prevention is worth a pound of cure”. By educating myself and spreading the word, people are less likely to get bitten and suffer the irritating and even life threatening consequences of a tick bite. If a bite occurs, it is important to know the protocol to stop illness in its tracks.

Below is a depiction of the various types of ticks found in Pennsylvania. (Source: tickencounter.org) Black-legged (Deer) Ticks: These pests are typically found where there is a highly concentrated population of white-tailed deer, making Pennsylvania a prime location. Deer ticks can carry Lyme disease, Babesiosis, and Anaplasmosis. American Dog Ticks: These ticks are found in areas with little or no trees or covering vegetation, including grassy fields, trails, and even sidewalks. Their prey includes mice, deer, but can easily spread to humans. The most dangerous disease they carry includes Rock Mountain Fever. Brown Dog Ticks: While Brown Dog Ticks are most commonly found in the southern United States, they have been found world-wide and in many different environments. This tick, in particular, transmits Rocky Mountain Spouted Fever primarily to dogs, but occasionally to humans too.

Rocky Mountain Wood Ticks: Found primarily in shrub lands, wooded areas and open, grassy areas, Rocky Mountain Wood Ticks are fairly common and can transmit both Colorado tick fever and Rocky Mountain Spotted Fever  to humans and animals. A tick afflicted with the latter illness actually contains a neuro-toxin in its saliva that causes paralysis in its victim. Luckily, within 24-72 hours after tick removal, the paralysis usually reverses itself.

By Leah Segal and Bethany Kane 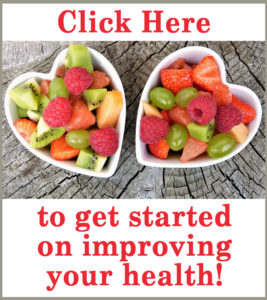