How Some Pittsburgh Neighborhoods Got Named

All of these neighborhoods on Pittsburgh’s North Side take their names from Allegheny City, the independent municipality that was annexed by the city of Pittsburgh in 1907.

This southern neighborhood of the city was named for Joseph Allen, an Englishman who purchased the land there in 1827. It became part of Pittsburgh in 1872.

No one is quite sure how these two southern neighborhoods acquired their names. Sometimes a little mystery is a good thing.

This southwestern strip of land along Little Saw Mill Run was purchased by Irishman David Carnahan and divided between his children. His son Alexander named the area after his wife’s family whose last name was Banks. Talk about a suck-up son-in-law.

No known reason has been recorded as to how this southwestern community acquired its name although its first use was recorded on a map it 1905 as the Borough of Beechview, and in 1909 it was annexed to the city.

This neighborhood is named after the former Belmar Racetrack.

Though it sounds like a place where vacuum cleaners are repaired, this southern Pittsburgh neighborhood was named for Melchior Beltzhoover, who settled there in the late 1700s.

It’s not known if George Washington slept there, but it is believed that he did name this neighborhood by describing this eastern city area in his journal as a “field of many blooms.”

Some places are named for their geographical features, and this is one of those neighborhoods. The Bluff is located near downtown Pittsburgh running along the Monongahela River.

One of the most isolated neighborhoods in the city, Bon Air is situated on a southern mountain top and is believed to have been named by the Bon Air Land Company who purchased the land to resell it in 1898. 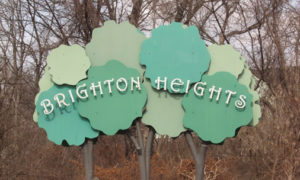 This northern neighborhood on the edge of the city is believed to have gotten its name from Brighton Road, which runs through the neighborhood and led to New Brighton in Beaver County.

If you thought Brookline was named for a babbling stream, think again. It was named for Brookline, Massachusetts, by A. P. Haaz, who developed this southern area of the city.

There’s no conclusive way as to how this area of the North Side got its name, but most likely it acquired it from the two streets of the same name that traverse the neighborhood.

In 1853, Dr. John O’Brien petitioned to have a post office established in the southern area. For his efforts, a post office was established there, and he was given the honor of naming it. He called it Carrick after his hometown in Ireland, Carrick-on-Suir. When the area was annexed to the city, it retained its name.

The name for this western neighborhood of the city goes way back to Peter Chartier, a French and Native American fur trapper, who established a trading post there on Chartiers Creek.

This area of the North Side is named after Chateau Street one of the main thoroughfares in the neighborhood.

Overlooking what was once Fort Duquesne, this neighborhood is named for our French origins.

Like Crafton Heights and Crafton, East Carnegie was once a part of the borough of Carnegie before it became part of the city of Pittsburgh. Both western neighborhoods are named after steel magnate Andrew Carnegie.

This is one of the neighborhoods on the eastern border of the city, and it derives its name from that position and its hilly geography.

Home of the West End Overlook, Elliott received its name from Daniel Elliott who was given land there in 1785.

A thin slip of land bordering the western Ohio River, Esplen was named for John Esplen, a riverman who settled at the mouth of Saw Mill Run near the Point.

As magical as this place sounds, how this western Pittsburgh neighborhood got its name is not. The Pennsylvania Railroad named it Fairywood when it built housing for its employees there.

This is one city neighborhood that lives up to its most striking feature, the spectacular views of downtown Pittsburgh from this neighborhood north of the Allegheny River.

This amicable eastern neighborhood takes its name from the “Friendship” farm that was once there. The farm was owned by a member of the Society of Friends, or Quakers.

A dark day in our country is reflected in this eastern city community’s name. Garfield was named for U.S. President James Garfield as the purchase of this land was completed on the day the assassinated president was buried.

The proliferation of hazelnut trees in this southeastern neighborhood gave the area its name.

An eastern neighborhood of the city, Greenfield got its name when city councilman William Barker, Jr. was given the privilege of naming this part of town. He named it after the lush field there.

A southern Pittsburgh neighborhood, Hays received its name from James H. Hays, who owned the Hays and Haberman Mines in the area.

Like Glen Hazel, this town also took its name from the hazelnut trees flourishing along the Monongahela River there.

When the Negley property was divided, County Surveyor Robert Hiland named the street in this area Hiland Avenue after himself. Eventually, this entire northeastern area would be named Highland Park. It would also be spelled differently.

Technically, the name of this area of the city is Bedford Dwellings, Crawford-Roberts, and Terrace Village, but no one in the area calls it that. This historically African American neighborhood is more commonly known as “The Hill” and is perched above downtown Pittsburgh.

Whether its north, south or west, all these Homewood neighborhoods take their name from the estate of U.S. Senator William Wilkins that he named Homewood.

This south Pittsburgh neighborhood’s namesake was Jeremiah Knox, who had a strawberry farm in the area.

William Larimer made his fortune in the railroads and built a mansion in this area overlooking East Liberty.

Whether it’s central, lower or upper Lawrenceville, this northeastern area of the city is dripping in history. Founded by William Foster, father of composer Stephen Foster, it was name for the war hero of 1812 Captain James Lawrence, who famously said, “Don’t give up the ship!”

This trio of neighborhoods in the east of Pittsburgh are named for the streets that run through them, Lincoln and Lemington.

Located on the North Side, Manchester was once a borough before it became part of Allegheny City. It was laid out in 1832, and it is believed to have been named Manchester after the English city by the English immigrants who settled there.

Many people otherwise call this area Woods Run, but in 1970s, the city began calling this area of the North Side as Marshall-Shadeland after two of the main streets that are in this neighborhood.

Morningside came into the city after the Civil War, and its name reflected how much sun this east end area received.

John Ormsby owned much of the land in this part of southern Pittsburgh. He named the place after his son, Oliver.

No place in Pittsburgh has a better view of the Point than Mt. Washington, but this hilltop neighborhood was originally called Coal Hill. Its name was changed in the late 1800s to honor the father of our country. Thank goodness because a night out on the town on Coal Hill just doesn’t have the same ring.

This name would imply that there was an “old” Homestead and indeed there is. This southeastern neighborhood is named after neighboring Homestead borough.

The area on the northern banks of the Allegheny River containing PNC Park, Heinz Field and numerous dining establishments and hotels is now referred to by the tonier name the North Shore.

This northern neighborhood is named for the public housing development there of the same name.

Oakland – Composed of north, west, central and south Oakland, this neighborhood derived its name from the abundance of oak trees in the area.

Another one of those communities taking its name by the trees there, Oakwood, a western neighborhood, was known for the abundance of oak trees found there.

A river doesn’t run through it, but a stream does, and that is how this southern neighborhood got its name.

During the War of 1812, Commodore Oliver Hazard Perry used the trail leading through this area as a supply line. This part of the upper North Side was named after the Commodore. 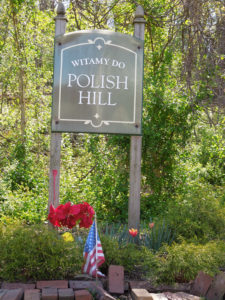 Many of Pittsburgh’s immigrants from Poland settled here in the east end because it was close to their work in the steel mills.

Point Breeze received its name from the old tavern at the crossroads there in the east end by the same name.

This southwestern city neighborhood most likely got its name for the hilly terrain.

General Arthur St. Clair was a Revolutionary War hero, and this southern neighborhood took its name from him.

David Aiken donated land for the area’s first Pennsylvania Railroad station there. As a courtesy, the railroad allowed his wife to name the new station. She suggested Shadyside.

Located in the western part of Pittsburgh, this community was named after William Sheraden, a settler there who donated land for the construction of a railroad depot in the vicinity.

This is the southern shore of the Monongahela River across from downtown and takes its name from its location.

Once known as Birmingham, this trendy this area is home to many of Pittsburgh’s favorite nightspots and now is known as the South Side Flats.

Running up from the flats is the hillside known as the South Side Slopes. Unfortunately, there are no ski slopes there.

Noted for the natural springs in the area, the German settlers gave this northern valley and the hilltop community its names.

Once a Native American hunting ground, this place in the east of the city was crawling with squirrels, giving it its name.

A relative newcomer to the city, Stanton Heights only 50 years ago this northeastern neighborhood was mostly a private country club, called Stanton Heights Golf Course. It took its name from Edwin Stanton, who was Secretary of War to Abraham Lincoln during the Civil War.

It is believed that this market center of the city got its name because it is one long strip of shops and food purveyors.

This northern neighborhood of the city was once part of Reserve Township, and no one is sure how it got its name.

John Swisshelm was a veteran of Valley Forge and moved to this eastern area after the Revolutionary War and operated a grist mill there.

In 1833, as more people settled in this hilltop area above the Allegheny River overlooking the city, people began referring to the development as New Troy. By the end of the Civil War, it had morphed into Troy Hill.

Originally this western end of the city was known as Temperanceville because the man who settled there disdained alcohol. When it was annexed to the city the name was changed to West End.

Land developers in the early 1900s came up with this name for this west Pittsburgh community.