What’s in a Name? – Beaver County 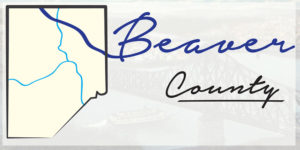 Although Pennsylvania’s 20th governor was named James Beaver, Beaver County was not name for him as Beaver County was created in 1800, 37 years before Governor Beaver was born. The county and the county seat took its name from the Beaver River, the 21-mile-long tributary of the Ohio River that flows through the western part of the state. Settlers came to the region in the 1790s and endured conflicts with the Native Americans in the area until a treaty was signed in 1795. Many of the names in Beaver County hearken back to those early days. The following are some of the communities in Beaver County and how they were named.

Many assume that Aliquippa was named after Queen Aliquippa, the pro-British Iroquois leader who lived in the area, but the town actually was named by the Pittsburgh and Lake Erie Railroad, who built an amusement park in the area in the 1880s. It was P&LE’s custom to name places after famous Native Americans in the area and had named other places along their line after Shannopin, Kiasutha, and Monaca.

This town’s name is a portmanteau word, meaning a blending of two words to form another. Ambridge is a combination of the words American and Bridge and is a company town named for American Bridge Company, which specialized in constructing and renovation bridges and other large projects. The company established the town in 1905.

If you guess that this town was named for the Baden-Baden, resort town in West Germany known for its hot springs baths, you’d be korrekt (that’s German for correct). Christian Burkhardt settled the town and named it for the German town in 1839. If there are hot springs in Baden, it’s a well-kept secret because no one knowns of any.

Irish immigrants Michael and Mary Conway came from Kerry, Ireland, to this area and established a farm in 1825 and the town was named after that family.

This town could have easily been called “Frugal,” as Economy was founded by The Harmony Society and they decided to call their settlement economy because that reflected their philosophy of government and living habits.

One of the reasons The Harmony Society returned to Western Pennsylvania from Indiana was their Abolitionist beliefs and how they were harassed for them in the Hoosier State. They resettled in Old Economy and began placing “Freedom” signs along the Ohio River to point fleeing slaves to liberation and that is how the area became known as Freedom.

This hamlet was named after Matthias Hook, a pioneer and Revolutionary War soldier who was first recorded as living there. The town was incorporated with that name in 1843.

Another company town, Koppel was named for Orenstein & Koppel, a German manufacturing company founded in Berlin by Benno Orenstein & Arthur Koppel in 1876. In 1912, Koppel was established as a borough. The company donated the land they owned for a school and municipal building, but most of the town was confiscated in 1917 by the Office of Alien Property Custodian, a government office that served as a custodian of property owned by enemies during World War I.

Originally known as Philipsburg, Monaca was also named by the Pennsylvania & Lake Railroad for a Native American, Monacatootha, an Oneida warrior chief, who fought with the British against the French during the French & Indian War.

Like many immigrants to our area, the people who settled the land in their new home often called their towns after their previous hometown. Such is the case with New Brighton. When the Constable Brothers from England laid out the town in 1806, they named the place after Brighton, England, their original home.

Does the name sound ritzy to you? Well, it did Henry Clay Fry, the glass entrepreneur who established his glass company, the Rochester Tumbler Company in 1872 in the area and decided to call it Rochester because he thought it was a good brand name.