Many historic, tragic, triumphant, and innovative events have occurred in Pittsburgh. It’s no surprise as our history goes back nearly 300 years. Pittsburgh began as a French fort but progressed over the years to be the first leader in coal and today as a front runner in technology and the health care industry.

To give you a broader overview of how the city has grown and changed, we are please present this Timeline of Pittsburgh that highlights some of our city’s major events.

1753 – The French begin to build a chain of forts in the area to enforce their boundaries.
1754 – George Washington lands on Wainwright’s Island in the Allegheny River. He recommends that the British build a fort at the forks of the Ohio River. William Trent begins to construct a small fort. Ensign Ward is watching over the fort when he is surprised by the French and surrenders. The French construct Fort Duquesne.
1758 – British capture Fort Duquesne and General Forbes names Pittsburgh after William Pitt. Construction of Fort Pitt Block House begins the following year.
1761 – First record of coal mining in Pennsylvania on Coal Hill, across the Monongahela River from Fort Pitt.
1764 – After Fort Pitt is besieged by the Native Americans in 1763, Bouquet builds the Redoubt, now known as the Fort Pitt Blockhouse or Bouquet’s Redoubt.
1772 – Fort Pitt is abandoned by the British.
1787 – University of Pittsburgh is founded.
1794 – Johnny Appleseed makes his home in Pittsburgh, where he lives for 12 years.

1803 – Large keelboat, like the ones in Mike Fink’s legends or the ones used for the Lewis & Clark Expedition, is constructed in Pittsburgh.
1816 – Pittsburgh incorporates as a city.
1845 – The fire of 1845 destroys most of the buildings in Pittsburgh.
1847 – Stephen Foster’s song “Oh, Susanna” premiers at the Eagle Saloon.

1883 – The present-day Smithfield Street Bridge opens to the public. It’s the third bridge built on that location.
1887 – The Pittsburgh Pirates begin their career in Major League Baseball as the Pittsburgh Alleghenies, winning their first game against Chicago at Recreation Park on Pittsburgh’s North Shore.
1889 – Schenley Park, located in Oakland, opens to the public.
1891 – U.S. Bureau of Geographic Names removes the “h” from Pittsburgh.
1894 – Mary Schenley presents Col. Bouquet’s Redoubt to the Daughters of the American Revolution.

2001 – Three Rivers Stadium is imploded.
2004 – Pope John Paul II witnesses the Pittsburgh Symphony Orchestra’s performance at the Vatican. It was the first American orchestra to perform there.
2005 – The Seventh Street Bridge is renamed the Andy Warhol Bridge.
2006 – The Ninth Street Bridge is renamed the Rachel Carson Bridge.
2009 – Three PNC Plaza was completed at a cost of $170 million. It is 362 feet high with 23 floors. It is the tallest building constructed during the 2000’s. It is a LEED certified green building, and one of the nation’s largest green buildings.
2010 – Consol Energy Center opens its doors on August 18th with a performance by Paul McCartney.
2013 – The world’s largest rubber duck comes to Pittsburgh, drawing huge crowds.
2016 – Legendary golfer Arnold Palmer dies.
2016 – Magician Lee Terbosic replicates Harry Houdini’s upside-down straight jacket feat on the 100th anniversary of the event.
2017 – Filmmaker George Romero dies.
2018 – The deadliest attack on the Jewish community in the United States takes place at the Tree of Life Synagogue when a gunman kills 11 people and wounds six.
2019 – The Art Institute of Pittsburgh closes down.
2020 – Covid-19 mutates and is transmittable by humans. All non-essential businesses close in Pittsburgh and around the world. 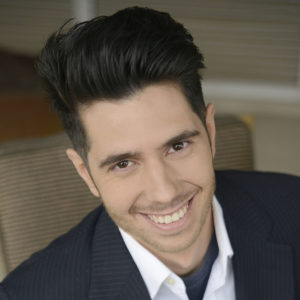 Operating under the name of J Graphic Communications, Joseph’s objectives are to design, program and communicate the brand of any business or organization.